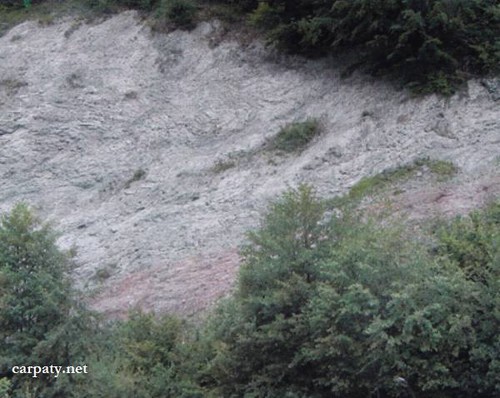 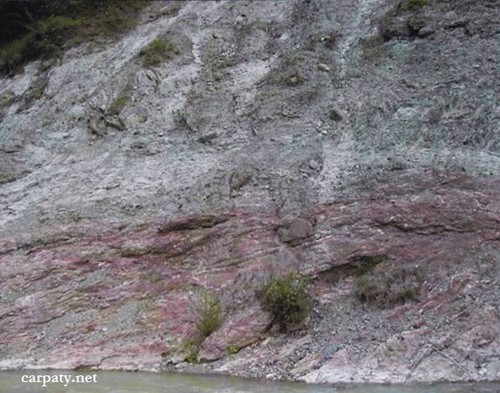 In the right bank of Luzhanka River at the western outskirt of Novoselytsya village due to extensive side erosion in the right river bank there was formed rocky cliff up to 150 m long and 25 m high where Late Cretaceous Pukhivska Suite red and green-grey marls are exposed. It is seen in the cliff the fault along which green-colored part of the section overlaps red-colored one.

Accessible by motor-car. Tysalovo farm, 550 m to north-west from the church in Novoselytsya village.