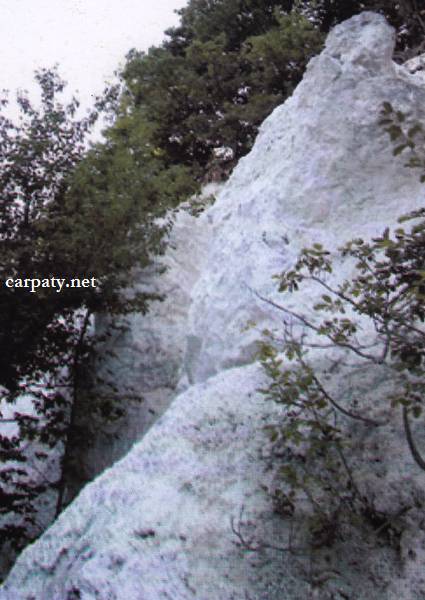 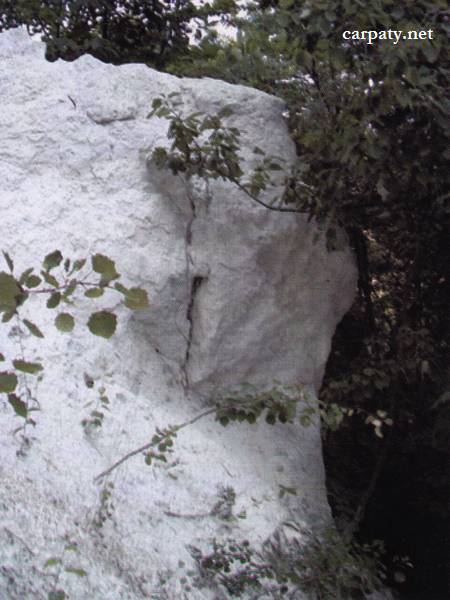 On the eastern bushy-forest slope of Velyka Beregivska Mountain there are located two ancient galleries and quarry. The latter is about 60 m long, rocky benches height exceeds 10 m. Formerly primary kaolin had been mined there which formed by metasomatic alteration of Lower Sarmatian rhyolite tuffs. Deposit had been being mined in XVII-XVIII centuries. Kaolin comprises snow-white clay-like aggregate of kaolin-group minerals that were formed by interaction of post-magmatic sulphuric and carbon dioxide hydrothermal solutions with host rocks. They are widely used in many industries like paper, rubber, perfumes, and fine ceramic.

Ecological conditions are suitable. Entrance to one gallery is locked whereas second one is equipped with trellis and closed.

It is suggested to give the status of state-or geological regional-rank landmark.