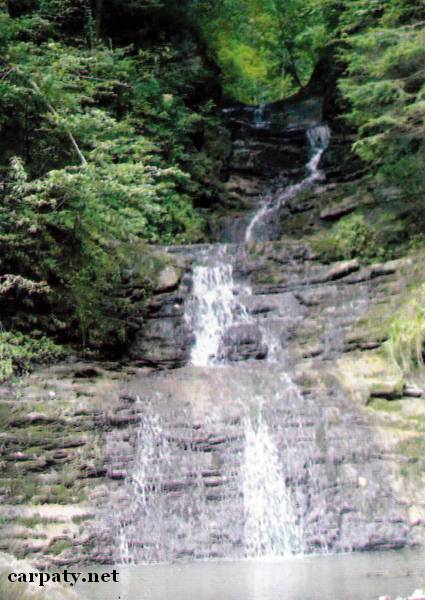 The object is confined to Middle Eocene (Vygodska Suite, 45 Ma) rocks composed of coarselayered sandstones piles and green-grey variable-rhythmic piles which are characteristic to north-western part of Pokutski structures. There are benches in the stream course and waterfall which includes three cascades 10 m high in total.

The waterfall is impressive decoration of the canyon along which there passes tourist route.

There is walk pass to the object from village outskirt, 2 km higher Smugar Stream outfall.

Legally the object is defined as geological landmark. It is included into National Nature Park “Vyzhnytsk”.

It is suggested to give the status of regional-rank landmark.